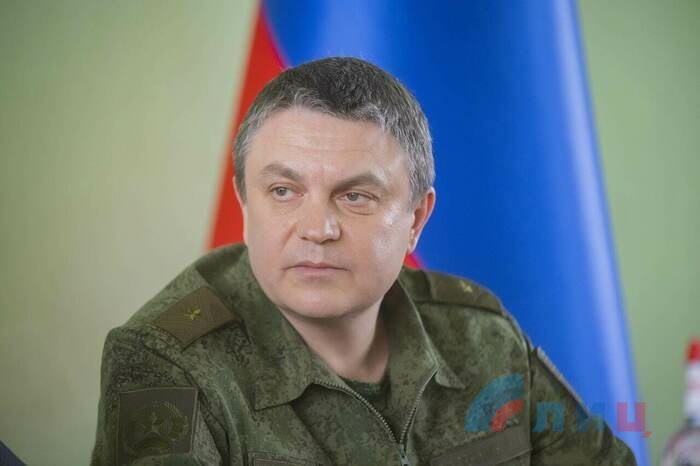 The Lugansk People’s Republic may possibly introduce capital punishment for war criminals, but no decision has been made yet, LPR Head Leonid Pasechnik said in an interview with Russia’s TASS news agency.
“Frankly, we haven’t made such a decision yet,” Pasechnik said in response to the question on the possibility of enacting the death sentence as capital punishment. We operate within the framework of international convention, treaties etc. We’ll be working on the issue which is quite serious, I believe. Perhaps, we’ll make an exception for the tribunal.”
The issue of possible introduction of death penalty will be considered collectively, together with parliamentarians and representatives of law-enforcement bodies, he noted.
“For those who committed war crimes during Kiev’s aggression against Donbass, execution by firing squad might sometimes be the mildest form of punishment here. If he (a war criminal) – figuratively speaking - is made to carve out children’s toys with electric jigsaw for the rest of his life in a prison cell, it’s unclear which is worse <...> to rebuild (the ruined infrastructure) for example, and so on. So I repeat, we’ll make this decision collectively,” Pasechnik added.
On February 24, Russian President Vladimir Putin announced a special military operation to protect Donbass residents from Ukrainian aggression. Earlier, LPR and DPR Heads Leonid Pasechnik and Denis Pushilin asked the Russian leader to provide military assistance. As of now, some 95 percent of the LPR territory has been liberated.
The Ukrainian government launched the so-called anti-terrorist operation against Donbass in April 2014.  The peace talks participants have announced ceasefire more than 20 times since the autumn of 2014. Kiev forces regularly violated the truce opening fire with large caliber artillery, mortars and tank guns which were to have been withdrawn from the contact line under the accords. *i*s
Pasechnik