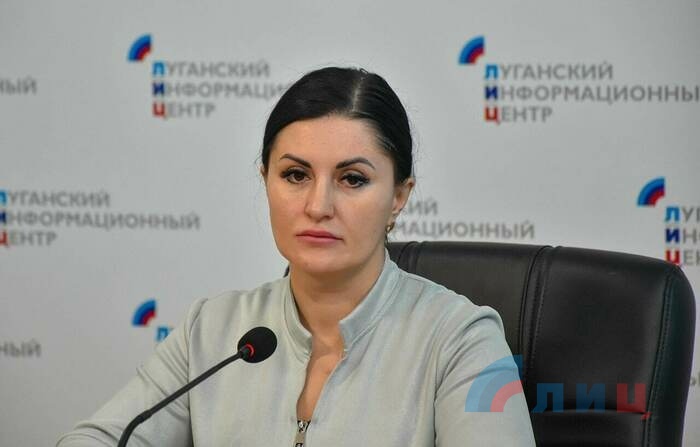 The bodies of LPR militiamen handed over by Ukraine show signs of numerous tortures and abuse, head of the LPR Forensic Bureau post-mortem examination unit Ksenia Makarova said at a press briefing at the Lugansk Media Center.
“Many bodies of servicemen delivered for expert examination have numerous wounds and bruises which allows for the conclusion that they had been repeatedly inflicted over a long time,” Makarova said.
She also showed video evidence of mutilations.
“Numerous bruises and thermal wounds regrettably suggest the use of tortures; many wounds were possibly inflicted for obtaining information or some other purpose,” Makarova said.
The servicemen could have been saved if medical assistance had been provided in time, she said.
“The nature of the wounds warrants the conclusion that the POWs did not receive primary care which could have saved the lives of all servicemen,” she said.
Earlier, LPR ombudsperson Viktoria Serdyukova said that the Republic would pass information on torture and abuse of captive LPR servicemen in Ukrainian territory to international organizations.
LPR Acting Head Leonid Pasechnik demanded that the International Committee of the Red Cross (ICRC) pay attention the conditions in which prisoner-of-war are held in Ukrainian territory and ample evidence of violations of Geneva conventions by Ukraine.
Last month, the LPR got back 24 militiamen (11, nine and four) in three prisoner exchanges with Ukraine. On November 10, Pasechnik said that another 35 Donbass defenders had returned from Ukrainian captivity, including 33 LPR militiamen and two LPR residents who had fought for the DPR.
The Russian Federation and Ukraine held prisoner swaps on November 23 and 24, in which 85 Russian servicemen including 23 Lugansk region fighters returned from Ukrainian territory. Ukraine also got back 85 people, mostly army personnel.
On February 24, Russian President Vladimir Putin announced a special military operation to protect Donbass residents from Ukrainian aggression. Prior to that, LPR and DPR Heads Leonid Pasechnik and Denis Pushilin asked the Russian leader to provide military assistance. On July 3, the LPR militia and Russian armed forces fully liberated the LPR territory from Ukrainian armed formations.
The Ukrainian government launched the so-called anti-terrorist operation against Donbass in April 2014.  The peace talks that began soon thereafter failed to reach tangible results due to Kiev’s position to settle the conflict by force.
The Lugansk People’s Republic became a part of Russia on September 30, 2022 following the unification referendum.*i*ie
pows tortures