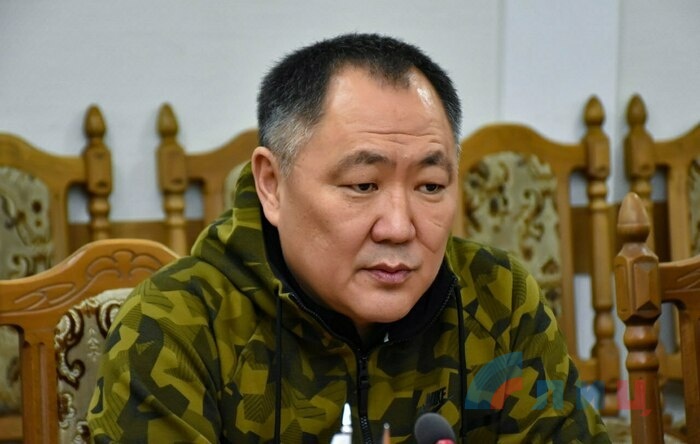 All Lugansk People’s Republic students who have to be discharged from the army pursuant to Russian President Vladimir Putin’s decree have returned from the frontline, Deputy Speaker of the State Duma lower house of the Russian parliament Sholban Kara-ool said at a meeting in Lugansk with LPR Acting Head Leonid Pasechnik.
“The decree has regulated the issue so that our specialists can create and build in the future. These student must study. There are no more LPR students on frontlines. I’m grateful to you for it,” said Kara-ool who supervises mobilization records in the working group on the Special Military Operation (SVO).
The Group would work on the discharge of university teachers from army service. “We need to provide quality training for the students we have recalled. We’ll work out the number of teachers we need in the key areas and coordinate the exemption procedure.” he said.
Earlier reports said that the working group on the SVO would supervise the demobilization of students in the new Russian regions.
The work group was set up the initiative of the Russian president. It is focused on interaction between public bodies and organizations in mobilization, mobilization training and social and legal support of Russian citizens involved in the SVO and their families. It comprises members of both houses of the Russian parliament and all parliament factions, Defense Ministry officials, social organizations leaders and leading war correspondents. The group is led by First Deputy Speaker of the Federation Council upper house of the Russian parliament Andrey Turchak.
The Ukrainian government launched the so-called anti-terrorist operation against Donbass in April 2014.  The peace talks that began soon thereafter failed to reach tangible results due to Kiev’s position to settle the conflict by force.
On February 24, 2022 Russian President Vladimir Putin announced a special military operation to protect Donbass residents from Ukrainian aggression. Prior to that, LPR and DPR Heads Leonid Pasechnik and Denis Pushilin asked the Russian leader to provide military assistance.
The Lugansk People’s Republic acceded to Russia on September 30, 2022 following the unification referendum.*i*v
Pasechnik demobilization