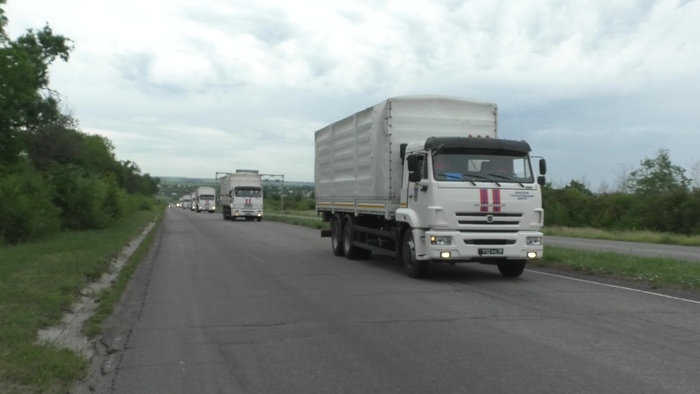 “On Wednesday, June 15, a new EMERCOM convoy delivered relief supplies for Donbass residents to the LPR capital,” the report said. “Six EMERCOM trucks have brought some 40 tons of medical goods.”