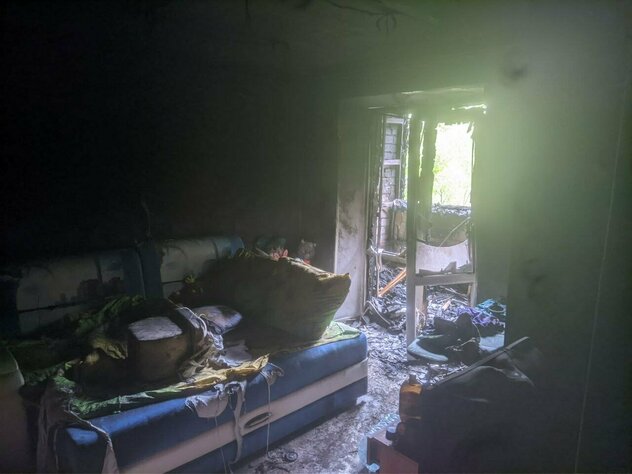 A kindergarten, a secondary school and a railway depo have been damaged in a Ukrainian army strike at the Rodakovo settlement, the press service of the Lugansk People’s Republic Prosecutor General’s Office said.
The LPR Office at the Joint Centre for Control and Coordination said in a preliminary report that Kiev forces had fired a U.S.made high mobility artillery rocket system at Rodakovo damaging a local school and houses.
“The artillery attack caused considerable damage to the Rodakovo secondary school and the railway depot; on top of that damage was recorded to the roof of the Ryabinushka kindergarten and apartments in nearby residential buildings,” the PGO said.
The authorities are updating the information on casualties and the type of ammunition which was used to deliver the strike at residential buildings and infrastructure facilities, prosecutors said.
“Investigators from the PGO department for crimes involving the use of prohibited means and methods of warfare, and the department for supervision over compliance with law in the army are on the way to the scene of shelling for fact-finding.
The Ukrainian government launched the so-called anti-terrorist operation against Donbass in April 2014.  The peace talks participants have announced ceasefire more than 20 times since the autumn of 2014. Kiev forces regularly violated the truce opening fire with large caliber artillery, mortars and tank guns which were to have been withdrawn from the contact line under the accords. *i*t
shelling Rodakovo