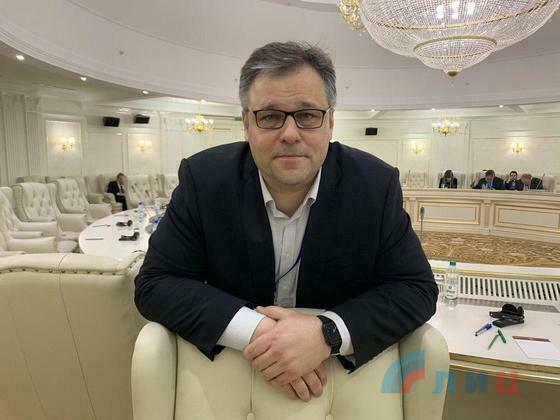 The meeting of the working group on political issues was held in an official format for the first time in five months, said LPR representative in the Contact Group political subgroup Rodion Miroshnik.

"After five months of blocking the meetings of the political subgroup, Ukraine participated perfectly well without its public advisers. The meeting of the political working group was held in an official format, in which only one representative from Ukraine took part - Andrey Kostin," he informed.

Miroshnik added that the results will be summed up tomorrow at the Contact Group talks.

To facilitate the work of the Contact Group, four working groups were set up under its aegis to deal with issues of security, politics, return of internally displaced people and refuges, as well as with social, humanitarian, economic and rehabilitation issues.*t