The LPR needs to restore its rail connection to Russia and to reconstruct the Lugansk airport destroyed during the 2014 military action, the Republic's Head Leonid Pasechnik said in an interview with TASS.

He described a possible restoration of the airport as "a symbolic response to Kiev aggression in 2014 that primarily targeted airports both in Donetsk and Lugansk," he said.

"The occupation of northern Lugansk region districts by Ukraine resulted in interruption of rail connection to Russia. But we have directions that, with relatively small investments, will help to restore railway communication with the neighboring Rostov region and with other Russian regions," Pasechnik added.

The tarmac of the Lugansk airport has been preserved until today, but all the infrastructure needs to be constructed from a scratch.

The restoration of transport infrastructure is vital for the LPR in light of Russian presidential degree on humanitarian assistance to Donbass, which includes a number of steps to introduce Donbass-made good to Russian markets and make them competitive. 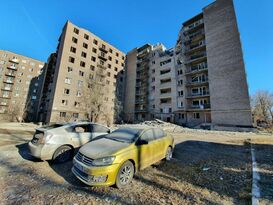