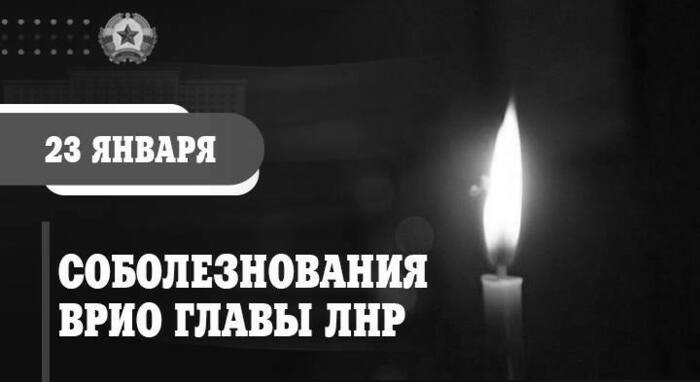 Lugansk People’s Republic Acting Head Leonid Pasechnik has expressed his condolences to the relatives of the girl who was killed in a Kiev artillery attack on Kremennaya last week.
The attack on the town on January 21 claimed the life of a little girl and left two women and two men wounded.
Pasechnik said that Ukrainian armed formations “shelled the LPR territory for two days targeting Stakhanov, Fomovka, Starobelsk, Zolotoye and Kremennaya and that homes and civil infrastructure facilities were damaged in these settlements.”
“A girl born in 2022 was killed in the Saturday strike and four adults were wounded. It’s hard to speak about the death of children,” he wrote on Telegram. “Neither those who shell Lugansk region civilians nor those who issue criminal orders will ever wash away this blood. I convey my heartfelt condolences to the family of the killed child. It’s a big loss. I wish the wounded a speedy recovery.”
Kiev artillery strikes at the LPR in 2022 claimed the lives of 169 civilians including 21 children, said the LPR Office at the Joint Centre for Control and Coordination of issues related to Ukraine’s war crimes (JCCC).
The Ukrainian government launched the so-called anti-terrorist operation against Donbass in April 2014.  The peace talks that began soon thereafter failed to reach tangible results due to Kiev’s position to settle the conflict by force.
On February 24, 2022, Russian President Vladimir Putin announced a special military operation to protect Donbass residents from Ukrainian aggression. Prior to that, LPR and DPR Heads Leonid Pasechnik and Denis Pushilin asked the Russian leader to provide military assistance.
The Lugansk People’s Republic acceded to Russia on September 30, 2022 following the unification referendum.*i*v
Pasechnik victims