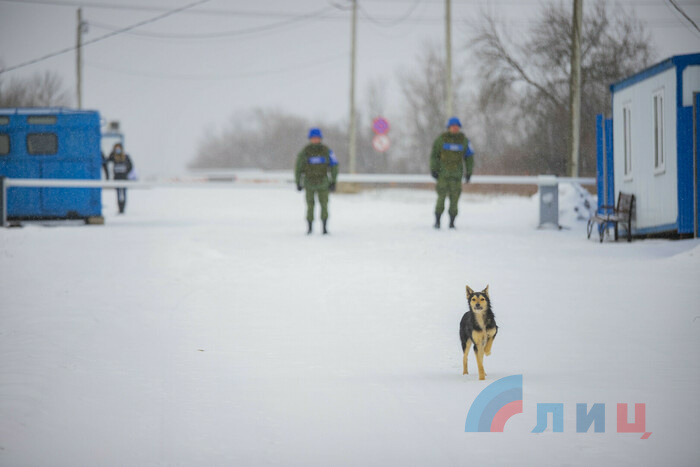 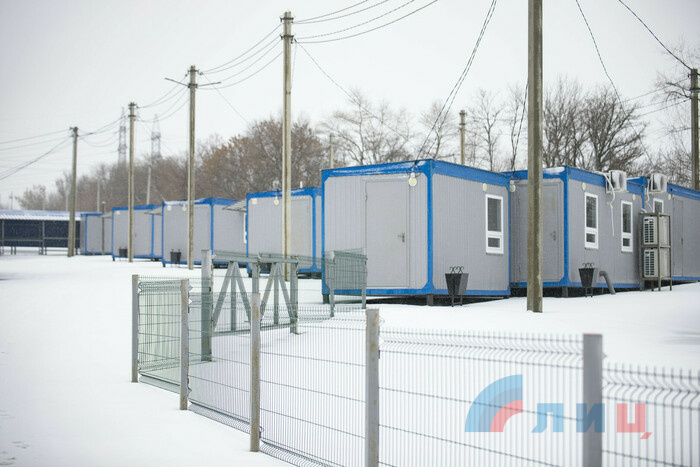 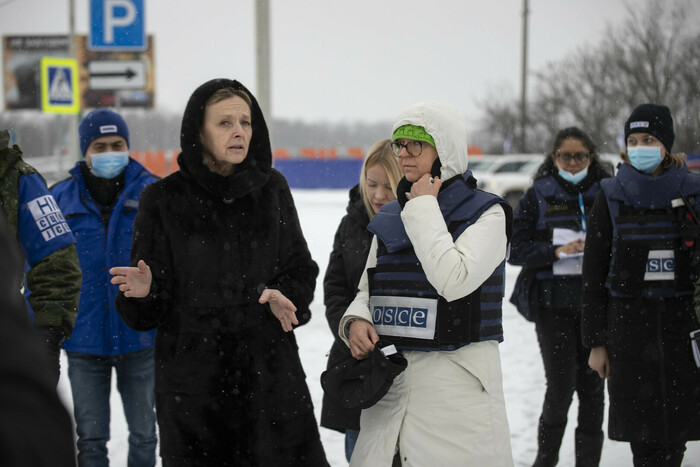 Coordinator of the Contact Group subgroup on humanitarian issues for the OSCE Charlotta Relander, on a visit to the Lugansk People's Republic, inspected the Lugansk-Schastye and the Pervomaisk-Zolotoye crossing points which are ready to be launched.

Accompanied by the LPR representative in the subgroup, head of the Republic’s working group on prisoner exchange Olga Kobtseva, Relander saw the crossing points’ infrastructure and equipment and inquired about their throughput capacity.

The coordinator talked with LPR officers at the Joint Centre for Control and Coordination and inspected the advance bases which the LPR Office at the JCCC had set up next to the crossing points. In the course of the inspection, Relander saw no armaments, military equipment or any defense works on their premises.

“We understand that the checkpoints are certainly important to people and expect the parties (to the talks) to find a solution (to open the checkpoints),” Relander said. “As for the infrastructure I saw, I believe it’s ready to be launched.”

The humanitarian subgroup discusses the opening of the new crossing points but the decision has to be made by the parties to the negotiations, she added.

“My role is not to tell who’s right or who’s wrong, I’m just a coordinator; the decisions are made by the parties (to the talks), the OSCE representative said.

Kobtseva said that the Republics had long been ready to open new checkpoints but that the issue had had not been settled up to date through Ukraine’s fault.

“Today’s the second day of Mrs Relander’s sojourn in the LPR territory,” she said. “She has seen the infrastructure of the Lugansk_Schastye and Pervomaisk-Zolotoye crossing points. For our part, we showed the checkpoints’ readiness for operation,” she said.

“It is necessary to relaunch the security guarantee mechanism in order to open the new crossing points,” Kobtseva said. “It (the mechanism) was ruined from the moment of the abduction of our officer at the JCCC Mr Andrey Kosyak. First of all, Ukraine has to return Mr Kosyak, then restore the mechanism of security guarantees between Ukraine and the LPR and only then we can talk about launching the crossing points.”

Earlier, she said that Relander, at a session of the Contact Group humanitarian subgroup, tried to avoid the discussion of the issue of the release by Ukraine of the LPR monitor at the JCCC who had been abducted by Ukrainian forces.

The Ukrainian government launched the so-called anti-terrorist operation against Donbass in April 2014.  Conflict settlement relies on the Package of Measures for the Implementation of the Minsk Agreements, signed on February 12, 2015 in the Belarussian capital by the Contact Group members and coordinated by the Normandy Four heads of states (Russia, Germany, France and Ukraine).  The UN Security Council approved the document by Resolution No 2202 of February 17, 2015 and called upon the parties to ensure its implementation. The document provides for comprehensive ceasefire, withdrawal of all heavy weapons from the contact line, starting a dialog on reconstruction of social and economic ties between Kiev and Donbass. It also envisages carrying out constitutional reform in Ukraine providing for decentralization and adopting permanent legislation on a special status of certain areas of the Donetsk and Lugansk regions.