More than 2,000 civilians have been killed since Ukrainian government launched an offensive against Donbass in 2014, LPR deputy foreign minister Anna Soroka said at a rally commemorating journalists killed on duty.

"36 killed children, more than 2,000 elderly people and women have lost their lives as Ukrainian armed forces shelled the region with prohibited means of warfare," she said.

Towns and villages have been destroyed, Soroka said.

"The traces of the criminal activities of the nationalist battalions of Ukraine, which are now opening before us in the liberated territories, speak not of simple crimes, but of atrocities committed with particular cynicism with cruelty," she said.

Soroka told the rally that currently, LPR People's Militia is taking over Rubezhnoye  in a hand-to-hand combat to avoid civilian casualties. Although, Ukrainian nationalistic battalions appear to be using the population as a live shield.

The Ukrainian government launched the so-called anti-terrorist operation against Donbass in April 2014. Ceasefires were announced more than 20 times since the autumn of 2014. Kiev forces regularly violated the truce opening fire with large caliber artillery, mortars and tank guns which were to have been withdrawn from the contact line under the accords. *t 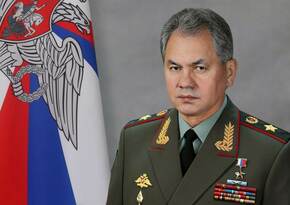