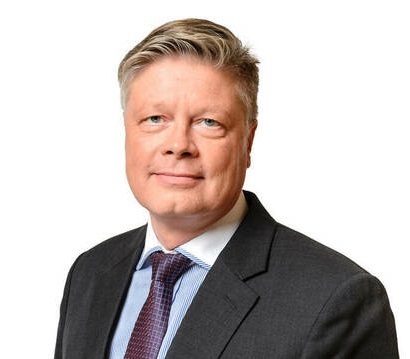 Ambassador Mikko Kinnunen from Finland is to replace Ambassador Heidi Grau as the OSCE Chairperson’s Special Representative in Ukraine and in the Trilateral Contact Group, the international organization said in a statement.

Kinnunen is to assume the position from July 31, as Grau leaves her duties.

“I am confident that Ambassador Kinnunen will continue the excellent work carried out by his predecessor, Ambassador Grau, who has facilitated the meetings of the Trilateral Contact Group with outstanding diplomatic and mediation skills,” The OSCE Chairperson-in-Office, Swedish Minister for Foreign Affairs Ann Linde said.

Heidi Grau was appointed the OSCE Chairperson’s Special Representative in Ukraine on December 5, 2019. On July 21, 2020 the Contact Group has agreed on the Package of Additional Measures to Strengthen and Control the Ceasefire.

He joined the Foreign Ministry in 1996 and has worked, among other things, as Director of the Unit for Security Policy and as Finland’s first Ambassador for Countering Hybrid Threats.

In 2009–2013, Kinnunen served as Finland's Ambassador in Kazakhstan and Kyrgyzstan. He has also worked in the Embassies in Moscow and Washington DC and at the Permanent Mission of Finland to the United Nations in New York. *t