A reconnaissance squad of the Ukrainian army 24th brigade captured a JCCC officer in Zolotoye earlier today as the mission's patrol was monitoring the ceasefire in the area to provide safety of a repair team clearing the road close to the Pervomaisk-Zolotoye checkpoint.

LPR Head Leonid Pasechnik said that he considers the dialogue with Kiev useless until the captured JCCC officer of the LPR Mission is released.

"Until Kiev liberates our representative in the JCCC I consider is meaningless to continue a full-scale dialogue within the Minsk format," Pasechnik said in a statement published on Wednesday evening.

He added that Ukraine violated the Minsk Agreements twice today: by shelling civilians in Zolotoye-5 and by kidnapping an unarmed JCCC representative.

"We demand an immediate release of a representative of the LPR in the JCCC, and call on the OSCE SMM and other international organizations to assess Kiev's provocative actions, that we consider to be a terrorist attack, and to pressure Ukrainian authorities into compliance with the Minsk Agreements."

All the JCCC members are unarmed at all times, according to the the LPR People's Militia statement issued following the incident. *t 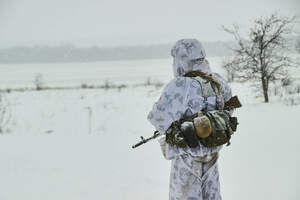