Earlier, the LPR PGO filed a criminal case against Protasevich, suspected of crimes against Donbass residents which he committed as a member of Ukrainian armed formations. The LPR is ready to provide legal assistance to Belarussian law enforcers in the investigation of the suspect’s crimes, Semyonova said. LPR prosecutors also requested Belarus to provide the opportunity to carry out investigative actions with Protasevich in the LPR territory.

“Preliminary investigation is underway against Roman Protasevich over his participation in an organisation recognized as terrorist by the LPR law, the use in an armed conflict of means and methods banned by international treaties and weapons of mass destruction prohibited by international treaties and the commission of genocide,” the spokeswoman said.

In the summer of 2014, Protasevich voluntarily joined Azov, a terrorist organisation blacklisted in the LPR. “In the period from the summer of 2014 to the winter of 2015, the suspect, as an active member of Azov holding the position of deputy commander for communications of 2nd assault company, together with a number of unidentified persons, took part in the Donbass fighting,” the LPR PGO spokeswoman said.

“LPR PGO investigators are to find out in which actions against Donbass civilians the suspect was directly involved,” Semyonova said.

Protasevich founded the Nexta Telegram channel which was recognized as extremist in Belarus. Together with his girlfriend Sofia Sapega, he was detained at the Minsk Airport during document check on May 23. Criminal proceedings against Protasevich were opened on several counts including the organisation of riots. Earlier, Protasevich alleged that that he had been in Donbass as the height of fighting in 2014-2015 in the capacity of journalist. However, Protasevich’s photos captured him in military uniform with weapons in hands together with gunmen of Ukraine’s nationalistic battalion Azov.*i*t 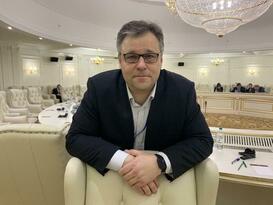 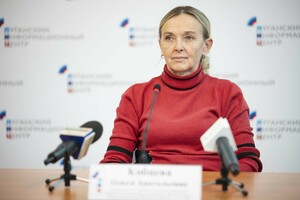 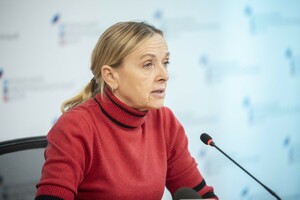