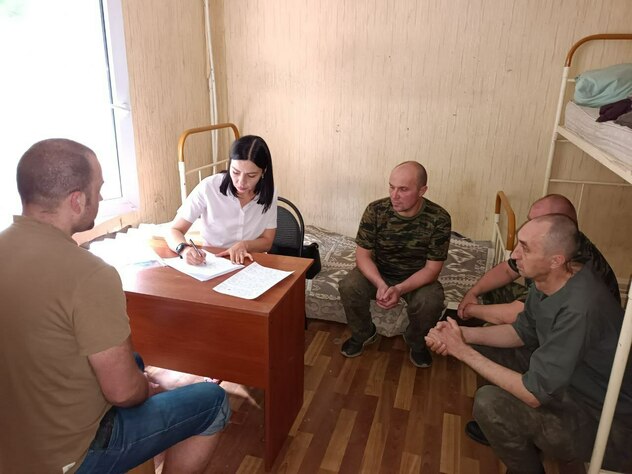 The Commissioner for Human Rights in the LPR Victoria Serdyukova has sent to the International Committee of the Red Cross (ICRC) and the UN Monitoring Mission of Human Rights in Ukraine information on violations of international humanitarian law in relation to military personnel who were captured in Ukrainian territory.

She said in a post on her Telegram channel that she visited the service members of the LPR People's Militia, who were captured in Ukraine and who returned home following a POW exchange.

"After talking with our military, it became obvious that the conditions under which they were contained in Ukrainian pre-trial prisons do not comply with the standards established by the international humanitarian law. They were all humiliated and beaten up, they suffered psychological pressure, personal documents were stolen from them as trophies (military IDs and passports). I, acting as a human rights officer, has sent relevant information on violation of international humanitarian law by Ukrainian military and political leadership to the International Committee of the Red Cross and the UN Monitoring Mission of Human Rights in Ukraine," Serdyukova said.

She expressed her hope that "this time international human rights organizations will pay attention to the critical situation in compliance with the rights of prisoners in Ukraine and take proper response measures".

"At the moment, the service members receive medical care and assistance in restoring documents. The investigating authorities are documenting the crimes of the Ukrainian armed forces against our service members, the collected materials will be part of criminal cases launched against Ukrainian was criminals," she said.