“Air defence and radioelectronic warfare units teamed up to force-land a Mavic 2 pro of the Ukrainian army’s 59th Separate Motorized Infantry Brigade, as it attempted to cross into the LPR air space in violation of Item 1 of the “Additional Measures,” namely the ban on the use of unmanned aerial vehicles,” the report said.

The Contact Group agreed the tighter ceasefire control measures in Donbass starting at 00:01, July 27. The measures ban special operations, use of unmanned aerial vehicles and deployment of heavy armaments in and around residential areas Return fire is allowed in case of offensive, if the order is given by the leadership of Ukrainian forces or the DPR or LPR People’s Militias after the unsuccessful attempt to use the coordination mechanism. The Contact Group shall be notified about such orders. 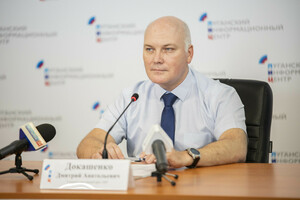