“Today, in violation of Article 1 of the Additional Measures to Strengthen the Ceasefire which bans the use of any unmanned aerial vehicles, the enemy launched a Leleka-100 drone in the Popasnaya settlement area at the order of war criminal (Sergey) Postupalsky, for  reconnaissance and subsequent adjustment of artillery fire from 24th Brigade positions,” Filiponenko said.

The drone can transmit real time images, determine precise coordinates, relay them to a fire control station and record this information, he added.
“Simultaneously, we detected the advancing to fire positions of 24th Brigade on-duty artillery and the alert to standby of a 2nd battalion mortar squad in the Novoalexandrovka settlement,” the spokesman said.

“Thanks to the professionalism of the Republic’s defenders and teamed up air defense and radio electronic warfare units that used a Triton M1 jamming system, the enemy drone was detected in time and force-landed in the Kalinovo-Borschevatoye settlement area,” he said.

This neutralized the threat of an artillery strike, Filiponenko said, adding that “our specialists are examining the videos restored from the drone memory drive.”
The spokesman said that the Nazi symbols were painted on the wings of the intercepted drone.

“We urge the international community and observers to pay special attention not to fake threats or populist statements alleging aggressive plans of the Republics, but to the fact confirmed with hard evidence of the enemy's using airborne equipment for reconnaissance and fire adjustment, and urge also them to take measures to prevent provocations by Ukraine supported by western supervisors,” Filiponenko said.

The Ukrainian government launched the so-called anti-terrorist operation against Donbass in April 2014.  Conflict settlement relies on the Package of Measures for the Implementation of the Minsk Agreements, signed on February 12, 2015 in the Belorussian capital by the Contact Group members and coordinated by the Normandy Four heads of states (Russia, Germany, France and Ukraine).  The document provides for ceasefire and withdrawal of heavy weapons from the contact line. *i*b 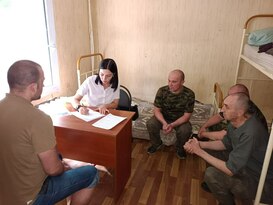 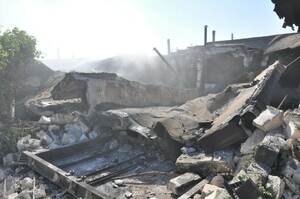