The LPR Head and parliamentary elections on November 11 do not challenge the Minsk Agreements, and the ongoing preparations are transparent and in line with democratic procedures, foreign observers from the USA, Finland and Yemen told Lugansk Media Center.

"The local parliament adopted the decision to start elections. Local media largely covered this issue. The fact that the elections are finally taking place shows that the Republic has embarked on the democratic course of development. I do not see any inconsistencies with the Minsk Agreements. I believe that a young state, meaning LPR, following the path of democracy can only gain force of its further development," the observer from Yemen Rashed Abdulqudos Ebrahim Al Khaseb said.

He emphasized that the election process in the LPR testifies to its willingness to carry out transparent and open elections.

"The Central Electoral Commission holds press conferences, all decisions are made public. I do not see any violations of the Constitution. On the contrary, everything is within democratic standards, supported by the LPR Constitution and laws," Eliason said.

"I follow up on the election campaign. There are several candidates, consequently, the main democratic principle of the freedom of choice and of participation in election is observed," said Finland's Janus Putkonen, director and editor-in-chief of the International News Agency.

He said all the candidates were campaigning through various regional media sources, meeting people, showing the "conventional election campaigning is underway".

"I have not seen any violations of democratic standards at this preparatory stage," Putkonen added.

Earlier a Dutch observer Ronald Van Amerongen said that the LPR authorities interact with the mass media, so all the decisions on the election campaign and the establishment of electoral districts are open to the public on the regional media websites.

Earlier, the LPR Central Election Commission approved the legislation to regulate the Head and parliamentary elections and the accreditation of international observers.

On September 7, LPR lawmakers passed the resolution setting November 11, 2018 as the date for parliamentary and Head elections. On September 6,  acting LPR Head Leonid Pasechnik signed the parliament-approved bills amending the LPR Provisional Basic Law (Constitution) and certain election law which extended the term of office for the Head of the Republic and parliamentarians from four to five years starting from the next election.

After verification of the documents and support lists, the CEC registered four candidates for the country’s top post, as well as the parliament candidate lists of the social movements Mir Luganschine and Lugansk Economic Union (LES). 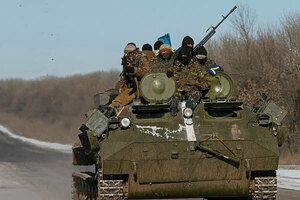