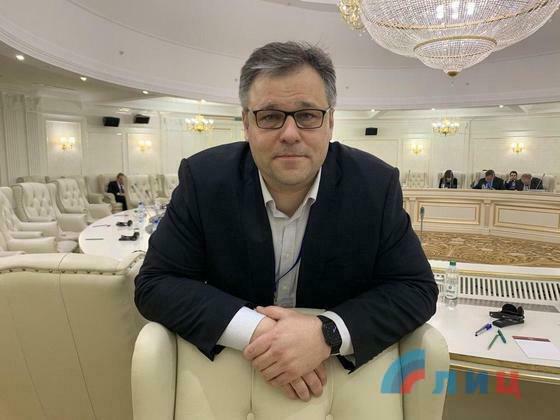 Ukrainian president Vladimir Zelensky signed a bill on December 18 to ease citizenship rules for a number of categories, including foreigners and stateless persons, who took part in defending Ukraine's territorial integrity.

""Cunning Zelensky" tricked everyone, now he can fulfil the Minsk Agreements in part of the withdrawal of foreign troops. All foreign mercenaries are now able to receive Ukrainian citizenship without renunciтп their original Polish, Baltic, Georgian or any other citizenship. The important thing is whether they took part in the so-called ATO or JFO, were instructors or provided other invaluable assistance to the Ukrainian regime," Miroshnik said.

He didn't exclude the possibility of mercenaries receiving citizenship right upon the arrival to Ukraine.

"The always-lying Foreign Minister Kuleba will respond to requests concerning the presence of foreign experts and military bases that they "are unaware of any foreign presence, everyone is our homeland, Ukrainian," the LPR representative said.