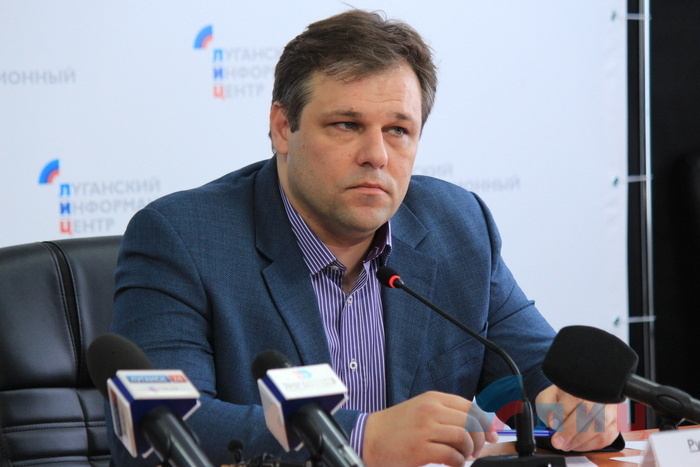 Kiev spreads fakes arguing that there are no direct talks between Ukraine and the Republics, LPR representative in the Contact Group's political subgroup Rodion Miroshnik said.

He commented on the statements by the head of Ukrainian president's office Andrey Ermak, who said that "there have never been and will be no negotiations with separatists".

"Is Ermak filling in for Arestovich (an ex-speaker of the Ukrainian delegation to the Minsk talks) and propagating fakes?! In this case, what was the Ukrainian delegation doing yesterday and today in the Contact Group, if it was not talking to "separatist", as it refers to the official representatives of the LPR and DPR in working subgroups and in the Contact Group?"

"But Ermak and Zelenskiy (Ukrainian president Vladimir Zelensky) are afraid of radicals, and keep putting on a good face, it is their habitual action. Arestovich has quitted, so Ermak has to do his job of spreading fakes," Miroshnik said.

A new round of escalation in Donbass began in late 2021, as Ukraine and some Western countries alleged that Russia is amassing troops on the border with Ukraine.

Moscow has repeatedly denied any such plans, persistently calling for negotiations and a peaceful settlement of the Ukraine-Donbass conflict.

Recent intelligence reports cited by the LPR and DPR People's Militia show that Kiev is deploying additional troops and weapon to the so-called JFO zone in what seems to be an attempt to fuel the crisis. *t