Ukrainian representatives have derailed the emergency session of the Contact Group working group on security issues for the second time, LPR representative at the Minsk talks, the Republic’s Foreign Minister Vladislav Deinego said.
"Ukraine has derailed the emergency meeting of the security subgroup for the second time. We have received official notification of Ukraine's second refusal to discuss the issue of an immediate release of the LPR observer Andrey Kosyak, and of ways to provide safety of LPR and DPR representatives in the JCCC while on duty performing tasks at the contact line," he said.
"Ukraine's refusal to talk is a direct proof of its culpability in violations of security guarantees and other peace arrangements, abduction and illegal detention of the LPR JCCC observer," Deinego added.
He also criticized Kiev's statement on Kosyak's citizenship.
"It is flagrant absurd: Kiev is willing to discuss his destiny with Russia only on the grounds that our citizen Andrey Kosyak is also a citizen of Russia (as well as 600 thousand residents of Donbass)," Deinego said.
"This is a confirmation of Ukraine's absolutely destructive stance and inability to reach agreements, which reveals the true face of Ukraine: sabotage of the talks and refusal to settle the conflict peacefully."
Ukrainian army's saboteurs captured a representative of the LPR Mission to the JCCC Andrey Kosyak in the Zolotoye security zone on October 13. The Ukrainian delegation in the Contact Group claimed that “the LPR officers at the JCCC were reconnoitring abandoned Ukrainian positions under the guise of a mine clearance operation.”
The LPR demanded that Kiev immediately release Kosyak. LPR Head Leonid Pasechnik said that further dialogue with Kiev within the Minsk format made no sense until the LPR officer is liberated. *t 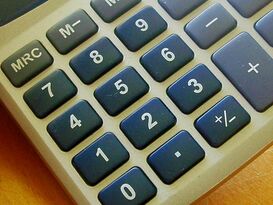