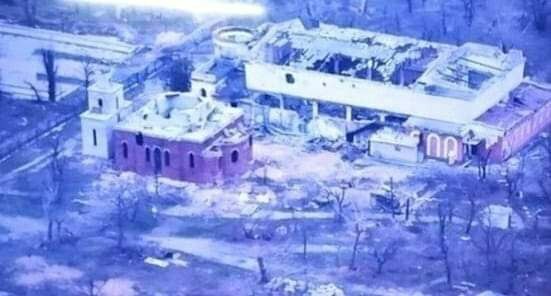 More than 40 churches of the Severodonetsk diocese have been ravaged by fighting, clerics wrote on Diocese Telegram Channel.

“They are damaged or smashed, reduced to rubble or burnt out beyond repair. More than 40 churches, chapels and other utility structures are in such condition,” the post said.

“Precise damage assessment is not possible because fighting is ongoing in several settlements,” the diocesan clerics said.

LPR militiamen have been advancing towards Severodonetsk and Lisichansk since early March; taking these towns is a priority of the LPR Defense Ministry. The defense in depth organized by Kiev forces and their use of civilians as a human shield complicate the liberation of the towns On top of that, the area accommodates several large chemical companies. On May 29, the LPR Defense Ministry said that LPR militia units, supported by Russian forces, gained a foothold in Severodonetsk. On May 31, LPR’s Head Leonid Pasechnik said that the militia controlled one-third of the city. On June 25, LPR militiamen and Russian forces took under full control the industrial zone of the Azot works in Severodonetsk.